Geopolitics and Energy in the Eastern Mediterranean 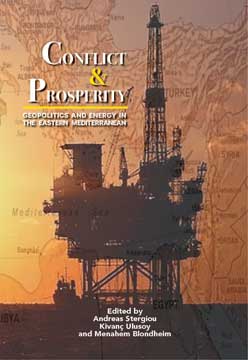 The eastern part of the Mediterranean is witnessing some of the most intriguing, and dangerous events in today’s world. It features weak or collapsed states, direct and proxy wars, and a confluence of great power stakes. In recent years a new and significant element has been added to the region’s troubled search for equilibrium: the discovery of substantial treasures of offshore energy. These energy discoveries are widely recognized as a game-changer. This volume investigates the extent of this change and the range of its implications.

The Eastern Mediterranean has historically been a meeting point of east and west, of the economic north and south and of three major world religions: Christianity, Islam and Judaism. However, this volume proposes to view the Eastern Mediterranean as a separate “new” region, and not as a mere extension of neighboring continents or even of the Middle East. This analytical frame stands at the center of the book.